Due to the exponential data growth, there has also been a significant increase in the demand for web scraping. A growing number of organizations are using scrapers to discover new avenues for expanding their business. However, there should also be talk about how this can be done safely and efficiently.

In this short article, we are going to talk about some of the common web scraping challenges and efficient ways to bypass them. But before that, let’s quickly overview the web scraping process and its uses.

What is Web Scraping?

Web scraping, also called data scraping, refers to the process of retrieving data from a website. This process sifts through the underlying HTML code and data stored in a database and organizes it into a more useful format for users. Though web scraping can be done manually, automated scrapers are often preferred as they cost less and work faster. You can also use tools provided by companies specializing in web scraping (check this recent post out for an example of a scraping tool).

Among its major benefits are cost-effectiveness, process automation, and effective data management. Web scraping is used in many businesses reliant on data harvesting. Some legitimate use cases of this process are lead generation, sentiment analysis, email marketing, market data collection, and price monitoring.

Web scraping can become a complex process if you are not familiar with the roadblocks along the way. Read this section and learn about some frequent web scraping challenges you are likely to encounter.

Many well-protected sites have set a threshold for receiving web scraping requests. If your scraping tool makes parallel requests or many requests from the same IP address over their threshold value, the chances of getting your IP blocked are high. Likewise, there is IP blocking through geolocation in which a website is secured from attempts from specific regions. As a result, the website will either ban the IP altogether or restrict its access to the data.

Websites use CAPTCHA solutions to identify non-human behavior and block scraping bots by showing logical problems. It is the most sophisticated way of restricting web scraping. You’ll run into CAPTCHA for sure – when making too many requests in a short time or not covering your scraper’s fingerprint properly. Even if CAPTCHA solvers can help you solve these obstacles and recommence the scraping procedure, they could yet impact its speed.

Websites, especially large eCommerce sites, aren’t exactly set in stone. Instead, they undergo regular structural changes with advancements in UI/UX or to add new features. As a web scraper is usually developed as per the website’s code elements at the point of setup, periodic changes make the code complex and give scraping tools a hard time. Not keeping a tab on the changes affects the fields you scrape, which might result in extracting incomplete/inaccurate data or crashing the web scraper.

Robust anti-scraping technologies are used by some sites to stop any data scraping attempts. LinkedIn is one example of this. These sites use dynamic coding algorithms to prevent scraper access and apply IP blocking mechanisms, even if one follows legal practices of scraping.

Now that you are familiar with some common web scraping challenges, let’s have a look at some best practices to keep in mind:

First, research how much traffic a site can handle. While large websites don’t break a sweat for 1000 requests/second, the same rate can be damaging to a small server. Also, learn about their peak hours and avoid scraping at those times. Additionally, partition your scraping sessions and leave some hours between them.

Route Your Requests through Proxies

Websites usually have an acceptable threshold on the rate of requests they can get from one IP address. On receiving more than the limit, the site will block the IP. So, to get around this problem, use proxy servers, which have an extensive pool of IP addresses to route your requests.

Honeypot traps or links are links set on a site by designers to detect scrapers. These links cannot be seen by a legitimate user but by a web scraper. Usually, their background-color CSS property is set to None to mask it from users. Use this to your advantage to see if the link is a honeypot link or not.

Use a Headless Browser

Headless browsers lack GUI, which makes them right for automatic stress-testing and cleaning web pages. Also, there is no need to load an entire site when using this browser, as it can load the HTML part and retrieve the data.

That’s all for this guide. When trying to extract data from the web, be aware of the risks involved and follow best practices to save your time, money, and resources. This way, you can gather data quickly and efficiently with web scraping. 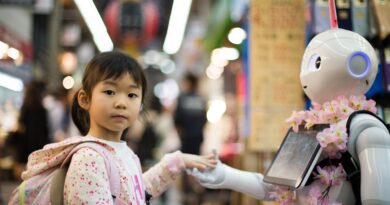 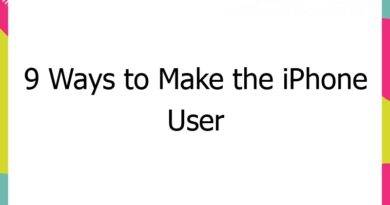