Neil Allan has been appointed managing director of Harveys furniture. He previously held the role of marketing director at MFI, which is now part of the HM Treasury. Harveys has changed the colour of its fascia from black to red, and the company is reviewing its move upmarket. Previously, Carolyn Simons was the group managing director of Homestyle, which has been led by former MFI executive David Brock.

Ian Topping, who previously served as Harveys’ managing director, has been stepping down to focus on his role as chief executive of the company’s parent, Steinhoff UK. Former Dixons directors Stephen Campbell and Mark Clarke held a variety of roles, including managing director of PC City International and PC World. Mr. Campbell left Dixons last year to pursue a consultancy role. The new Harveys managing director will focus on operational excellence, marketing and market share.

Blue Group, Harveys’ parent company, has hired PricewaterhouseCoopers as administrators. The company will cease taking new orders, but it has promised to honour existing orders. If the administration process fails, as expected, 20 stores will close. Blue Group also owns Bensons for Beds, which will close about half of its retail outlets. In total, 150 to 175 outlets will remain open. This will result in 240 job losses. 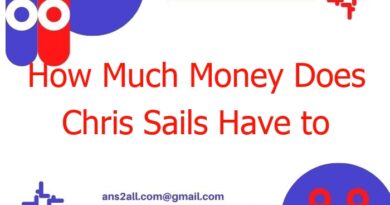 How Much Money Does Chris Sails Have to Invest in Order to Support His Lifestyle? Life Insurance and its benefits for California People