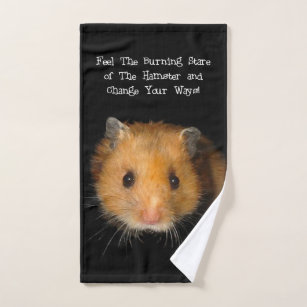 Hamster quotes are an excellent way to make a political point. They’re cute, funny, and sometimes even true. In fact, they are so popular that the Democrats are constantly copying them, and Republicans do the same at conventions. Here are a few of my favorites. Read on to learn more.

Hamster games are very popular with children and parents alike. These games are designed with educational elements in mind. Players can learn various lessons about math, science, and other subjects from their hamster friend, Bob. The hamster can also be a great companion as it reminds the player to draw.

In the game, a player can select from different types of hamsters. Each hamster has a unique ability, such as a special power. Using this power can make a hamster more powerful. It can also provide special bonuses or create targets for other hamsters to attack.

Political quotes about hamsters are a popular source of humorous political commentary. Often, they poke fun at politicians, especially those on the Republican side of the aisle. And, of course, hamsters are incredibly cute. If you’d like to share one of these with a friend, you can click on the image to view it in full size.

Recently, the Hong Kong authorities ordered a cull of hamsters, forcing hundreds of pet shops to close down. They also halted imports and sales of small mammals. And they told people who purchased hamsters after Dec. 22 to hand them over to authorities for culling, not to leave them on the streets. They even set up a hotline to answer questions. In addition, a pro-Beijing daily ran an illustration of a hamster engulfed in a virus particle.

While hamsters are not the most common animals, they are becoming increasingly popular in recent years. According to the American Pet Products Association, there are approximately 6.2 million households with small pets in the U.S. That number increased by 800,000 households over the last year. One in three of them keeps a hamster. Moreover, there are 1.5 million hamsters in the United States.

Quiz: Do You Love Labyrinths?