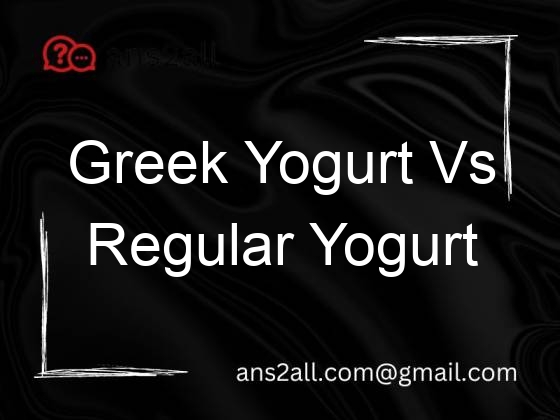 Greek yogurt and regular yogurt both have their advantages and disadvantages. The Greek variety is higher in protein and has a creamier texture. However, you’ll find it to be a little less tart and less sweet. You may want to add fruit or sugar to your regular yogurt if you want a sweeter taste. However, if you want a healthier version of yogurt, you should opt for the Greek variety.

The quality of protein found in Greek yogurt is unmatched by that of regular yogurt. Many brands contain more than double the protein of regular yogurt. A typical 6-ounce serving has up to 15 grams of protein, which is equivalent to about two to three ounces of lean meat. Regular yogurt, on the other hand, has only 9 grams of protein per serving. In addition to having more protein per serving, Greek yogurt is also lower in sodium. It has about half as much sodium, which is especially important for people with diabetes or high blood pressure.

Greek yogurt also contains a high amount of probiotics, which are the “good” bacteria that live in our gut. These organisms work to maintain our digestive health and help us digest food. They also balance our gut microbiome, which lowers our risk of inflammation and various illnesses. People with dairy milk allergies should avoid Greek yogurt. If you’re concerned about your health, speak to your GP before adding Greek yogurt to your diet.

Greek yogurt is thicker than regular yogurt and is often used in salad dressings, sauces, smoothies, and marinades. While both are great for eating plain, Greek is often preferred by those who want a thicker, creamier yogurt with fewer carbs. When choosing yogurt, be sure to look for low-sugar options that are free of additives and artificial flavors. Also, try to find full-fat yogurt, which is made from whole milk, as this is more nutritious. Low-fat varieties generally replace flavorful fat with sugar.

While the process of making Greek yogurt is similar to regular yogurt, there are a few differences that you should be aware of. First, you should check your Greek yogurt ingredients. A quality yogurt should contain milk and live cultures. Some brands will claim to be Greek, but use fillers or thickeners to make their yogurt thicker. Then, make sure to strain your yogurt well. If you don’t have a cheesecloth, you can use a large coffee filter, a flour sack towel, or even an old undershirt. You will want to strain your yogurt for at least 2 hours.

If you are concerned about the amount of sodium in your yogurt, you should look for Greek yogurt instead of regular yogurt. The difference between the two types is not as drastic as you might think. Both are nutritious and full of probiotics.

Greek yogurt has a low sugar content and contains more protein. A serving of six ounces of plain Greek yogurt has as much protein as three ounces of lean meat. This type of yogurt also tends to keep you fuller for longer. It is also lower in carbohydrates and sugar than regular yogurt. This is because the Greek yogurt strains out the whey and contains half the amount of sugar. Regular yogurt usually contains double the amount of carbohydrates per serving. However, it is important to note that you should not consume flavored Greek yogurt since it can add to the sugar and carb content.

Greek yogurt is rich in nutrients and has a thicker texture than regular yogurt. It also contains less sugar and has fewer calories than regular yogurt. However, both types have the same probiotics that support healthy digestion, weight loss, and heart health. Choose the one that you like best and avoid products with added sugars.

Besides being rich in protein, Greek yogurt is also creamier than regular yogurt. The yogurt is produced by a straining process that removes the whey, which is a watery layer on top of regular yogurt. This enables it to be thicker, thus providing more protein for the body.

It is less sour

Greek yogurt is made from fermented milk and is very similar in texture and taste to sour cream. It is thick and creamy, and has a tangy flavor. This makes it perfect for sweet and savory dishes alike. It is also lower in sugar naturally, and contains no added sugars.

While Greek yogurt has less acidity than regular yogurt, it also has more protein and tang. This makes it a good substitution for sour cream or other thinner liquids, such as buttermilk. Greek yogurt is also lower in carbs, with less than half the sugar of regular yogurt. However, it is important to keep in mind that flavored yogurts can contain as much as seven teaspoons of sugar per cup. To cut back on your sugar intake, you can add fresh fruit or use a small amount of honey.

Regular yogurt is made by fermenting milk with bacterial cultures. Fresh milk is first pasteurized, removing any harmful bacteria before the fermentation process begins. Afterwards, lactic bacteria starters are added to the milk and kept at a temperature that encourages the bacteria to grow. The lactic acid produced by the bacteria thickens the milk and gives it its signature tangy flavor. Greek yogurt also undergoes the same fermentation process, but is strained to remove any excess liquid whey and lactose.

You can also use Greek yogurt in baking recipes, which makes it a good substitute for sour cream. Unlike regular yogurt, Greek yogurt is less sour and has a more similar texture profile.

Greek yogurt is more expensive than regular yogurt because it requires more milk, whey and time to make. The process can cost twice as much as regular yogurt. This can be an attractive option for people who are on a budget. However, it is important to know that Greek yogurt has many benefits. It is low-calorie and high-protein, and can be a healthy and inexpensive snack.

While Greek yogurt is thicker and contains higher levels of protein, it is not necessary to use it on a daily basis. If you have a budget, you can buy Greek yogurt in bulk or make it yourself. However, make sure to choose a low-sugar brand that is free from artificial flavors and additives. It is also important to choose full-fat yogurt made from whole milk, since it contains more nutrients. Low-fat varieties usually contain sugar instead of flavorful fat.

Another benefit of Greek yogurt is its lower carbohydrate content. A serving of Greek yogurt typically has 50 milligrams of sodium, which is less than half of the amount found in regular yogurt. Too much salt can raise blood pressure and increase the risk of heart disease. That is why the federal government’s 2015-2020 Dietary Guidelines recommend that Americans limit their sodium intake to 2,300 milligrams per day.

Making yogurt is relatively easy, but it does take active time. Often, the entire process takes about an hour. A large part of this time is spent monitoring temperature. 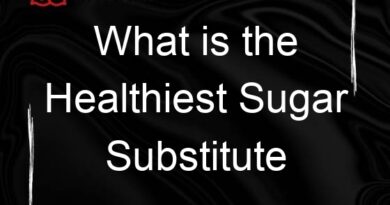 What is the Healthiest Sugar Substitute to Use? 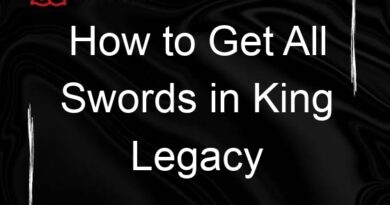 How to Get All Swords in King Legacy 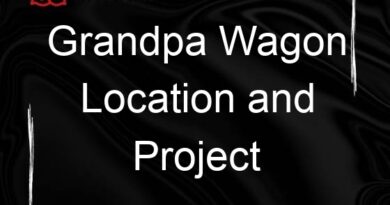